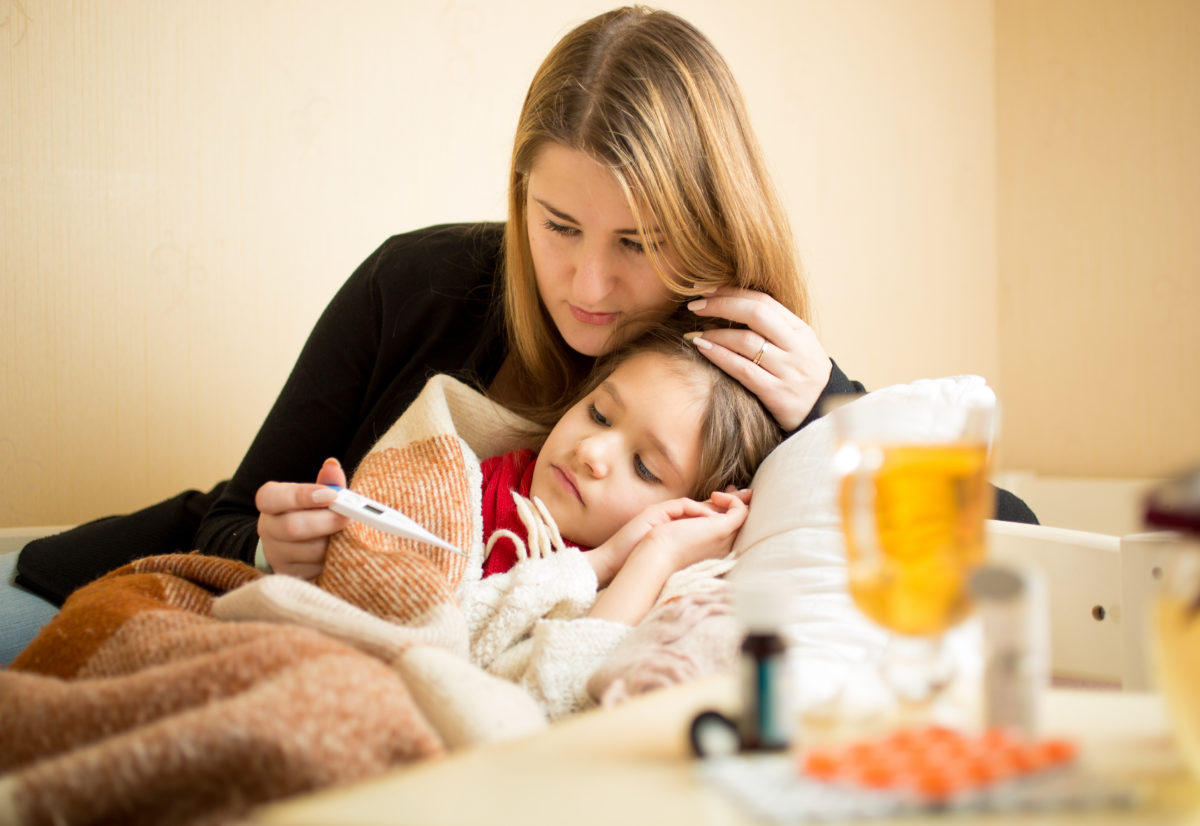 Every flu season — and especially during the dire ones, like 2017-18 — health officials shift into overdrive, imploring employers and schools to disinfect doorknobs, use no-touch trash bins, and promote extended hand washing with soap.

Yes, the influenza virus is spread via surfaces, but just as often, it’s spread through the air. So while sanitizing doorknobs and handrails helps, containing this relentless and often deadly virus requires cleaning the air, too.

“Breathing, talking, coughing, and sneezing release influenza virus into air,” writes Werner Bischoff, author of a study conducted at Wake Forest University School of Medicine and  published in The Journal of Infectious Diseases.

That’s right — merely breathing can send enough particles of flu virus airborne to infect anyone in the vicinity.

Bischoff’s team found that medical providers within 6 feet of infected patients can be exposed to infectious doses of the virus — even if patients are breathing normally, not hacking up a lung. That’s because the particles released via exhaling and talking are so small and light they can hover in the air indefinitely and travel significant distances.

Coughing and sneezing, by contrast, release large virus particles that typically sink in short order. Up to 89 percent of flu-carrying particles are of the small, nomadic variety, Bischoff’s team notes.

So even if every flu-infected person sneezed into a tissue and covered their mouths to cough — a pretty huge “if” — the virus would still wander freely. It’s not as if you can advise people to stop breathing.

As for handwashing, 70% admit they’ve bypassed the soap in public bathrooms, and most don’t wash for the recommended 20 seconds. One-third of adults concede they don’t even reliably wash up after using the restroom.

But even total handwashing compliance wouldn’t contain the flu. The virus only lives on human hands for 15 minutes, whereas virus particles can waft through the air for hours, even days.

What’s more, airborne flu particles have 8.8 times more flu virus than surface particles, a study in PLOS Pathogens found. And some flu patients are far more contagious than others. One study found that among hospital patients who released influenza into the air, 19% emitted up to 32 times more virus than other patients. There’s no way of identifying the extreme emitters walking and breathing among us.

If every flu patient wore a surgical mask — now, that would actually make a difference, according to the PLOS authors. But that’s hardly a containment strategy to rely on, especially since you can infect others with influenza a day before you even know you’re sick.

Vaccination, of course, is the best way to prevent flu epidemics, ideally immunizing folks from both surface and airborne virus particles. But even in a good year, vaccines only reduce the risk of contracting the flu by 40% to 60%, and they work better on certain strains of influenza than others. More than 30 strains of influenza A and B have been identified, and each year brings a new round of educated guessing, as the virus mutates rapidly.

“The virus has evolved to be a cunning vaccine-avoiding machine,” as one virus expert put it.

Not to mention that vaccination rates in the United States hover below 45% for adults and below 60% for children and vary wildly in Europe and on other continents.

What can be done?

Scientists are increasingly targeting the airborne spread of influenza and advancing the technologies, such as plasma, that can rid indoor air of influenza, norovirus and countless other pathogens.

A large body of scientific literature has emerged in recent years confirming that airborne spread of influenza is a significant threat — and that ignoring this mode of transmission is risky business.

As the Wake Forest authors noted, “Millions have lost their lives to influenza in pandemics, and epidemics of varying severity occur worldwide each year.”

The flu afflicts tens of millions annually and kills up to 650,000, according to estimates by the United States Centers for Disease Control and Prevention (CDC) and World Health Organization (WHO). And that’s in an average year.

“Another pandemic is inevitable, and it will most likely be influenza,” a WHO spokesman recently told the Express. “The only known pathogen that will cause a pandemic with certainty is influenza.”

The burden on the U.S. healthcare system is so great that that the CDC tracks influenza severity with a weekly surveillance report. In the United States alone, the flu causes employees to miss 17 million workdays, at a cost to employers of $7 billion a year. Each year brings tragic stories of young, healthy people stricken by the virus and hospitals overflowing with patients in the hallways.

As one emergency-room doctor put it in 2018, “I do not think that we can overhype this right now. I do not think there is a level of caution that I would consider too extreme.”

A crisis as dire and predictable as the flu requires all hands on deck and all prevention and containment strategies deployed. Vaccination, handwashing, and surface cleaning won’t suffice; it’s time to get serious, too, about cleaning our indoor air.

Interested in learning more about the flu? Join us for a free webinar presented by Dr. Werner Bischoff, Associate Professor of Infectious Disease at Wake Forest School of Medicine. 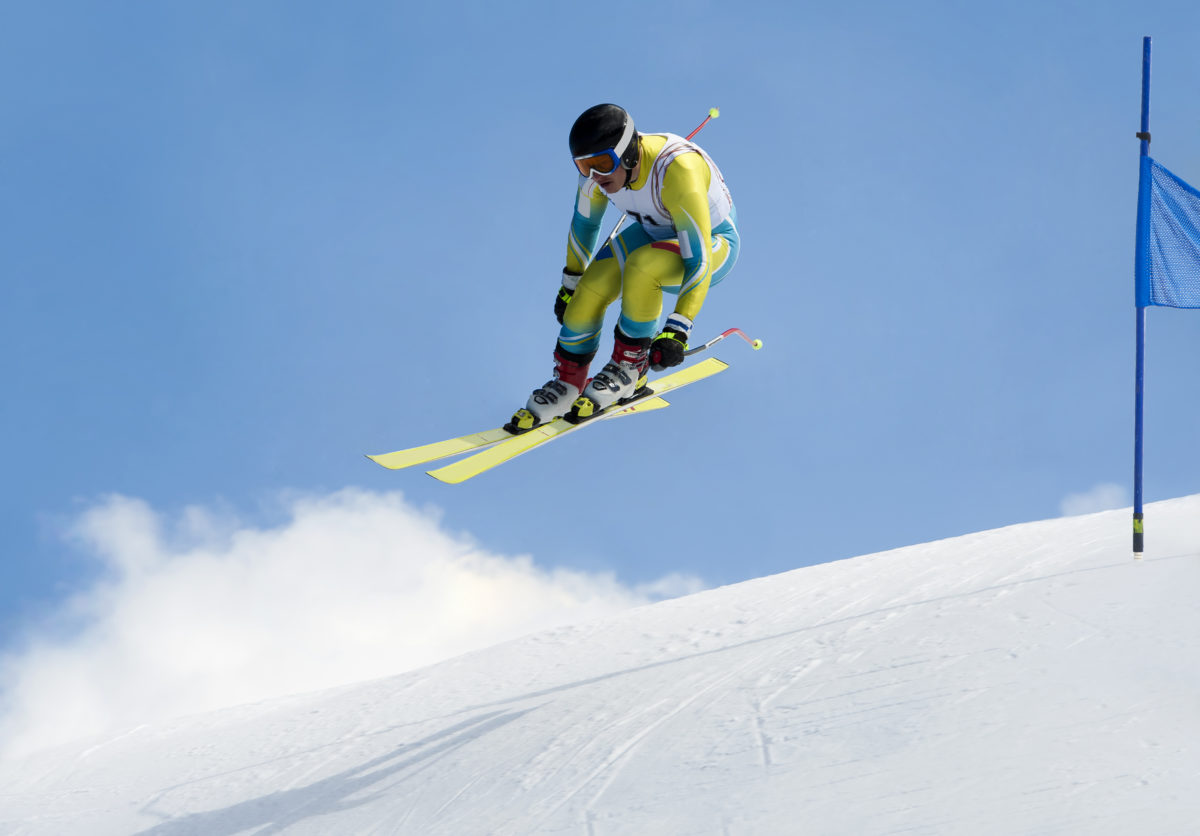 The alley-oops, 1440s, and triple axels weren’t the only aerial feats in evidence at the PyeongChang Olympics.

While the athletes were defying gravity on skis, snowboards and skates, a ruthless pathogen — the norovirus — was stealthily demonstrating its own airborne prowess.

Norovirus sent hundreds of Olympic staff and volunteers home with diarrhea, vomiting, fevers, severe aches, and headaches. More than 1000 security workers were quarantined while being tested for the virus.

Whenever there’s a high-profile norovirus outbreak, news reports focus on the potency of the bug, and for good reason: norovirus — spread through fecal matter and vomit — is so contagious that as few as 10 viral particles can trigger illness. But what reports rarely mention: norovirus isn’t just spread via surfaces and in food and water. You can fall ill just by breathing contaminated air.

Norovirus particles are the Olympians of the virus world — powerful and fast, with incredible endurance. The virus can withstand both freezing and scorching temperatures. Hand sanitizers and common disinfectants are no match for it, either. And the virus is persistent; infected people can remain contagious for up to two weeks after recovering. No wonder custodians cleaning up after outbreaks wear hazmat suits.

Unlike Olympic skiers and skaters, who eventually come down for a landing, norovirus particles are so small and light they can remain afloat indefinitely. If an infected person vomits, and you simply walk by, you can get sick yourself.

A single vomiting episode can release more than 13,000 particles of norovirus into the air, according to published research using a device that replicates human vomiting. (The gizmo features an “esophagus” designed to project faux vomit into a clear, sealed box. A sensor detects the number of virus particles floating around.)

“When one person vomits, the aerosolized virus particles can get into another person’s mouth and, if swallowed, can lead to infection,” says microbiologist Lee-Ann Jaykus, Ph.D., a professor at North Carolina State University and co-author of the simulated vomiting study.

What’s more, those airborne particles can land on nearby surfaces, such as tables, toilet handles, and door knobs. “Norovirus can hang around for weeks, so anyone that touches that table and then puts their hand to their mouth could be at risk for infection,” Jaykus says.

Norovirus, the world’s most common cause of diarrhea, makes headlines when it wreaks havoc at high-profile events, like the Olympics or the Republican National Convention, or when hundreds are felled on cruise ships or college dormitories.

But the virus does most of its damage out of the spotlight, contaminating the air and sickening the populations at hospitals, long-term care facilities, senior centers, and schools.

Norovirus particles are lurking all over indoor facilities. A Canadian research team, from the Université Laval’s Faculty of Science and Engineering, studied eight hospitals and long-term care facilities that had been struck by gastroenteritis outbreaks and found norovirus particles in the air at six of the facilities. The researchers detected the virus in 54% of the rooms housing patients with gastroenteritis and 38% of the hallways leading to their rooms and at 50% of nursing stations.

Because norovirus is so ubiquitous and so contagious — and because it mutates rapidly, allowing individuals to be re-infected — the “winter vomiting virus” takes a huge toll. The virus strikes nearly 700 million people annually and kills 200,000, most of them children or elderly, who succumb to virus-induced dehydration or malnutrition. The financial toll approaches $60 billion, in direct and indirect costs.

But the virus, wily and hardy as it has proven to be, can be stopped.

The key is to clean both surfaces and the air.

Historically, prevention and clean-up have focused on surfaces. When an outbreak occurs, folks are urged to and wash their hands thoroughly and frequently with soap and warm water, especially before handling food or after using the toilet, and to use highly concentrated chlorine bleach solutions. (The U.S. Environmental Protection Agency lists cleaning products known to slay norovirus.)

But cleaning surfaces is only half the battle against this Olympic-level pathogen; purifying the air is also critically important for stopping its spread.

Norovirus — relentlessly contagious and always on the move — can’t be eradicated, but outbreaks, big and small, can be prevented with the right kind of air purification technology.

Hopefully when the next Olympic Games come around, the news will focus on airborne athletes, not vomit-inducing norovirus particles. 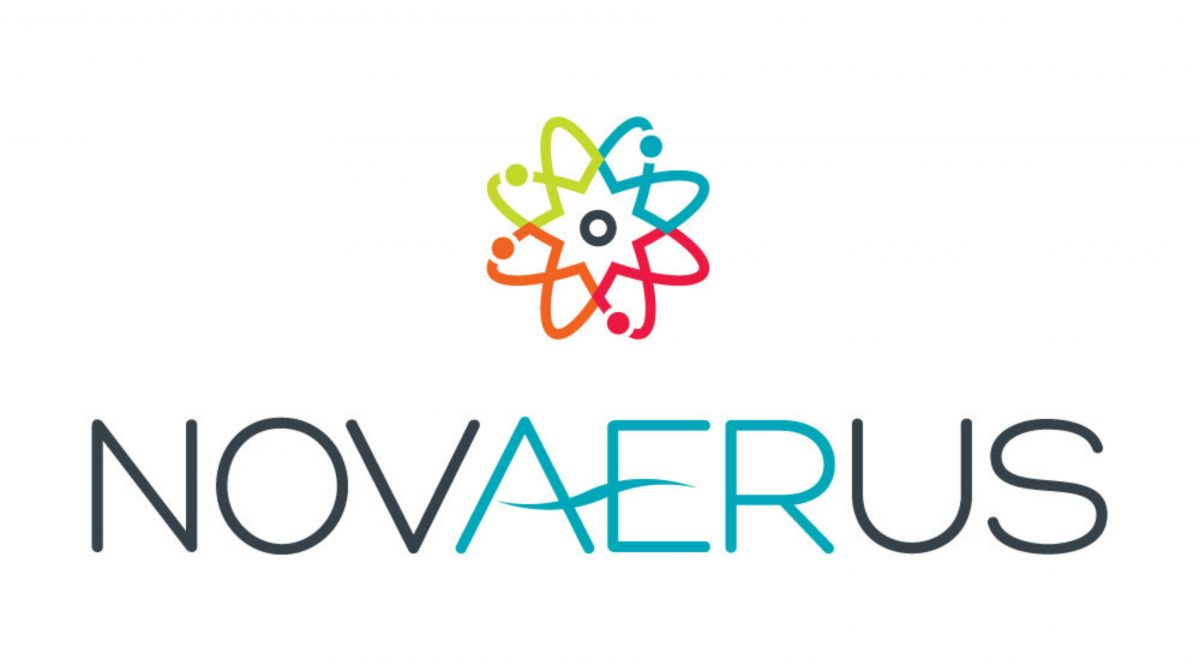 Raleigh, N.C. – August 8, 2016 – Novaerus today introduces a call to healthcare, education and hospitality professionals to pledge their commitment to clean air through total annihilation of invisible threats.   “The introduction of plasma-based solutions for airborne pathogen control is a 21st-century approach to a major public and personal health issue,” said Terry Sullivan, MD of NTST consulting. “The spread of infectious diseases, especially those with high levels of antibiotic resistance, is a serious threat to patients within healthcare facilities.”   The pledge, centred on total annihilation of invisible threats, seeks to defend what matters most – the air we breathe, the people we love and those who care for our loved ones.

Novaerus will be among exhibitors at the Florida Health Care Association annual trade show and conference on August 8 in Orlando, Fla. to launch the campaign and educate the industry on the importance of clean air. Novaerus, a company that produces infection prevention technology, uses state of the art plasma coils to safely remove 99.9% of harmful pathogens in the air.

Developed in 2008, Novaerus technology generates what is called a Dielectric Barrier Discharge (DBD) plasma. When microorganisms in the air, including toxins, come into contact with the DBD plasma, they are eliminated. The technology is a green solution that saves 30% on energy costs each year.  The technology Novaerus uses is a completely different approach to air quality control, and it works. The company has proven technology in high-population spaces where germs commonly pose serious risks, such as hospitals, long-term health care facilities and hotels. In the 30 countries where Novaerus products are used, studies to date show that Novaerus technology effectively reduces the bio-burden in the air.   To learn more about Novaerus and its air quality control solutions, visit www.novaerus.com.